The Only Google Result For “Navy Nascar Driver,” with Jesse Iwuji

Jesse hasn’t always had a following of devoted fans (who are referred to as Iwuji Nation and are a pretty die-hard group) or a clear sense of direction for his life. Like many of us, his story includes trials, changes, failures, and uncertainty. But despite all of that, Jesse found a way to meet the ambitious goals he set for himself and achieve several firsts that illustrate the unstoppable nature of a man and his whiteboard.

If you don’t write it down, if you don’t visualize it and commit it to memory, it will never happen.

Jesse’s parents migrated from Nigeria in the 1980s, shortly before Jesse was born. In a country that was struggling to rebuild after tumultuous times—a genocide of one of its native ethnic groups, the Igbo people (which Jesse is a descendant of) and several uprising and revolts against established governments—Sebastian and Enderline Iwuji decided to leave their home and migrate to America. With hopes of finding safer, more opportunistic conditions, Sebastian, Enderline, Jesse, his two younger brothers, and one younger sister settled into their new home in Dallas, Texas.

Growing up in Texas, you learn one thing: high school football isn’t a sport, it’s a way of life. One day, Jesse decided to write down an audacious goal on his whiteboard: play college football. Jesse, only a freshman at the time, didn’t have a lot of experience playing football, nor did he know how to prepare for college football. So, he quickly dove headfirst into the world of high school football, grinding away at practice, lifting weights on the weekend, staying late to get in a few more hours of drill time. By the time Jesse was heading into his senior year of high school, all of that hard work and goal setting had paid off. Jesse was recruited to play college football with the Naval Academy, a Division 1 school.

There may just be 24 hours in a day, but if you maximize the time that you have, you can make anything happen.

Playing football while attending college can seem challenging for any student-athlete. Add to that the stress and duty that comes with preparing for the inevitable deployment that’s waiting for you after graduation and things can seem almost impassable. But, Jesse has a knack for managing all of the time he has in a single day. Not only did Jesse receive a Bachelor of Science degree from the Naval Academy, but he also played safety for the Midshipmen, who beat both the Army and Air Force four years in a row (our sincerest condolences to all the Army and AirForce fans out there). In fact, it was with the football team at the Naval Academy that Jesse found a brotherhood that he still cherishes today.

After Jesse graduated from the Naval Academy in 2010, he became a surface warfare officer. Responsible for driving Navy ships, Jesse quickly began to understand the importance of being a capable leader. He deployed twice, once to Bahrain where he spent 15 months in the Arabian Gulf. But serving his country wasn’t his only passion. In his free time, Jesse started racing. He would find nearby courses that had open tracks and race his Corvette, or he would drag race with his Dodge Charger. Then, in 2014, Jesse decided it was time to set some new goals for his life. So, he stared at his whiteboard again (not the same whiteboard from high school) and thought about what he wanted to do next. When the goal finally came to him, he wrote it down: be a professional race car driver.

Even after Jesse left the military and began racing, his desire to pursue more than one passion stayed with him. In order to maintain the camaraderie of the military, Jesse joined the reserves in 2017. But that wasn’t Jesse’s only other job outside of racing. In fact, Jesse at one point in time had three other jobs outside of racing. He worked as the VP of Marketing/Sales for Magnuson Superchargers and owned his own drag racing promotion and events company. Late nights quickly became a necessity but, as Jesse once said, “I can’t expect a million dollars with a $50,000 effort”.

It was just 4 years after Jesse wrote down his goal of becoming a professional race car driver that he actually became a professional race car driver. But Jesse didn’t just achieve his own personal goal. Jesse started a long list of “firsts” that gained him national recognition for his achievements. Jesse was the first academy graduate to ever race in NASCAR, the first veteran to race professionally with NASCAR, and (as of 2017) is one of three African-American drivers actively competing in a NASCAR series.

Jesse also has some other amazing accomplishments. He won the Commander-in-Chief’s Trophy four years in a row and was named one of the “Mighty 25: Veterans poised for impact in 2016″ by We Are The Mighty.

Give, even when you don’t have a lot. It might be really hard but the universe will put it back into you.

As Jesse recounts some of the amazing things he’s achieved in his career so far—becoming the first active-duty service member to race in NASCAR, winning the Commander-in-Chief’s Trophy four years in a row, becoming a professional xracer in only 4 years—his passion heightens as he tells the story of one particular event in his life. In 2016, Jesse heard about a young boy who was diagnosed with cancer at the age of 4 and given only a few months to live. One thing on this young boy’s bucket list was to drive in a professional race car. With a race quickly approaching, Jesse decided to spend some of the money he had been saving and fly this young boy with his family out to meet with Jesse, his team, and drive in his race car. This moment holds a very special meaning to Jesse.

Of course, spending some of his hard-earned money that he was saving for an upcoming race was difficult. But Jesse believes in giving, even when it’s difficult and you feel like you don’t have much. As Jesse so eloquently and simply explains, being influential calls you to help others, not just to simply advance yourself. “If you don’t influence people in a positive way, you won’t move forward.” With the platform Jesse now has, he puts serving others above everything he does, knowing the possibilities for good are endless. 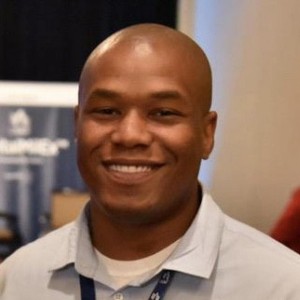